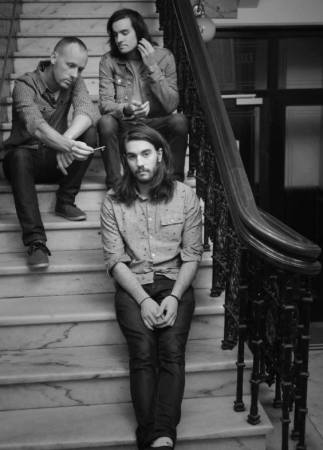 Emerging from one of Adelaide’s most charming venues, Wasted Wanderers have already achieved a huge amount in a very short time.

Formed on the stage of The Grace Emily early 2014, the band is fronted by one of South Australia’s most talented musicians and songwriters, Dusty Lee Stephensen.

The trio have released their debut EP ‘God Damn Anything’, played several headline shows around SA and the East Coast, packed out a month long residency at The Grace Emily, sold out their EP launch at Jive and been a major support for Mia Dyson, Donavon Frankenreiter, Russell Morris and many others.

In 2014 they won ‘best roots’ at the ARBA awards (Australian Roots and Blues Association).

They launched their debut EP ‘Goddamn Anything’ at a highly anticipated sold out show at Jive in Adelaide on June 19th 2015.

Recorded between Steve Salvi’s studio in Crafers and Vale Studios in Wynn Vale, the band self engineered and produced the record with drummer Matt Birkin at the helm.

The 6 track EP captures the live energetic electric vibe of the trio layered beautifully with harmonies and acoustic instruments.

On Feb 3 2016, Dusty Lee Stephensen spoke to Michael Hunter about much of the above, along with other subjects such as the supportive nature of the Adelaide music scene, the best compliments he has received about the band’s music – and of course, their appearance at this year’s WOMADelaide.